There are 30 movies here. I trimmed it down from 40 but it's hard for me to cut any more. I tried to make it using the following criteria:
a. I have to think the movie is great. Even today.
b. I had to remember watching it and how I felt when I watched it.
c. I have to have a desire to see the movie again. Must have potential to hold up to repeat viewings. For example, I loved "Brokeback Mountain" but I don't think I could watch it again.
d. It had to influence me artistically or personally in some way.

Do you have any that you think I forgot? What are your lists?

I see a lot of movies. Now that I have children, I see even more. Ones that I would normally skip. It's a good thing that 2009 was such a great year for animated films. Now, you may find a few omissions here. It may be because I have yet to see some of the movies on many other Top 10 lists (The Hurt Locker). Or it may be that I didn't think certain movies were as good as everyone else thought they were (A Serious Man). And, I still haven't seen Blue Pocahontas. But whatever the case, these are the movies I did see and enjoyed thoroughly. I hope you get something out of it. 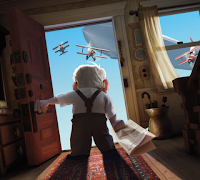 The Ones that Amazed:
1. Up - A near perfect film in every way. Great story, well-acted, exciting, tender and a joy to behold in each frame.
2. Inglorious Basterds - There may have not been a better first 15 minutes of any film this year. The rest of it is pretty damn good as well.
3. Star Trek - If you must "reboot" a series, this is how it is done. I hope there are at least two more of these so I can sink my eyes into them. The action was exhilarating. The dialogue was witty. The characters were perfect. I love J.J. Abrams.
4. Drag Me to Hell - I don't think I've ever grabbed the arm of a chair so hard in any movie in my life. Definitely scary and genuinely funny too. (I assumed because I liked it that Amelia would too. We rented it on DVD. I think she was with me until the ending. Then she almost divorced me.) 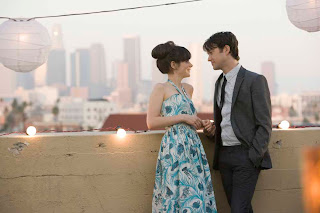 These Were Great:
5. District 9 - Proved that originality still exists in Hollywood (via South Africa).
6. (500) Days of Summer - Proved that great romantic movies don't have to just be full of silly jokes and fat best friends or end the way you think you want them to.
7. The Hangover - Proved that what happens in Vegas should never stay there if it is this funny. Just don't watch the credits.
8. Taken - Proved that dads with military training should never be f---ed with. A fantastic surprise at the movies this year and a technically great film as well. 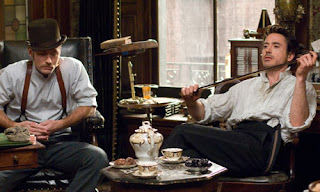 Better than Most:
9. Sherlock Holmes - I had problems with the length and the ending but everything else was delightful: acting, direction, costumes and the action/fights.
10. Zombieland - Best cameo ... ever. This movie is splendid exercise in horror-comedy-road-trip movies. After the success of "Shaun of the Dead" it's hard to be original with the horror-comedy genre but this movie is.
11. Fantastic Mr. Fox - I still like most of Wes Anderson's movies better but this was entertaining from start to finish. I had more fun than my kids. Why didn't more people see it? 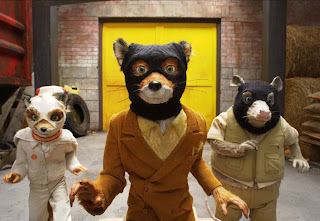 Very Good Indeed:
12. I Love You, Man - Say what you want about Paul Rudd. But don't say anything negative around me. I love him, man. It's nice to see a raunchy comedy explore brotherhood instead of machismo.
13. Cloudy with a Chance of Meatballs - I was surprised how good this movie was. Great to look at, funny in all the right places and a great moral without being heavy-handed.
14. The Blind Side - I kind of wanted to hate this movie. I did. But I can't. It is really, really, really good, ya'll. I wish Sandra Bullock would pursue these types of films instead of trying too hard to make us laugh and failing.

Better than I Thought They Would Be: G.I. Joe: Rise of Cobra, Land of the Lost
Animation is King: Coraline, Ponyo, Astro Boy, The Princess and the Frog
Found Myself Completely Immersed: The Informant!, Anvil! The Story of Anvil, Food, Inc.

There you have it. If I get enough courage I may attempt to figure out what my favorite movies of the decade were (like Chris did) as well as share my favorite music of the year (and decade).

What were your favorite films?

Note: I have now rearranged this list twice. I reserve the right to reorder it again if I see fit. This isn't the Times.